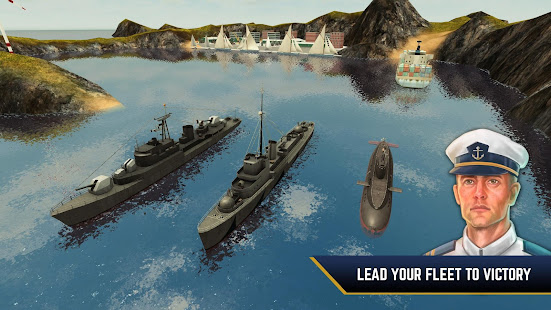 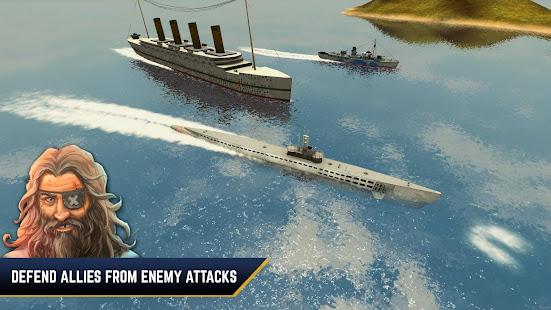 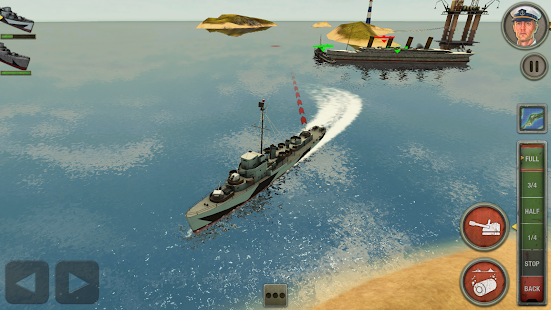 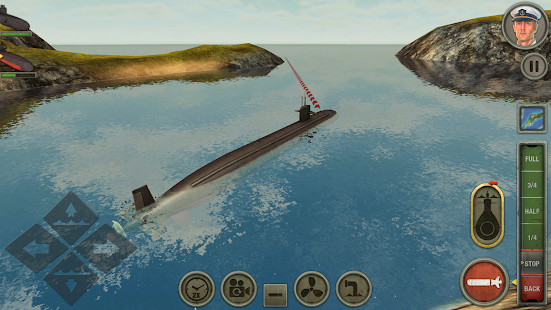 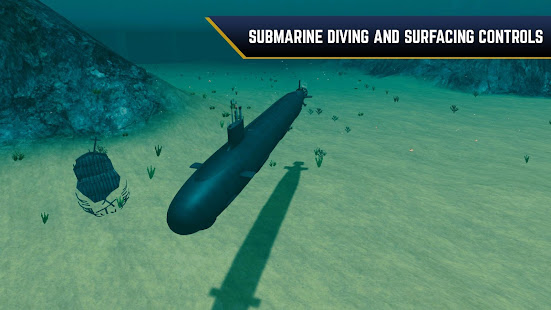 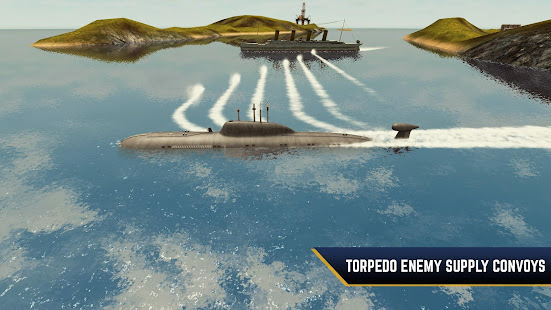 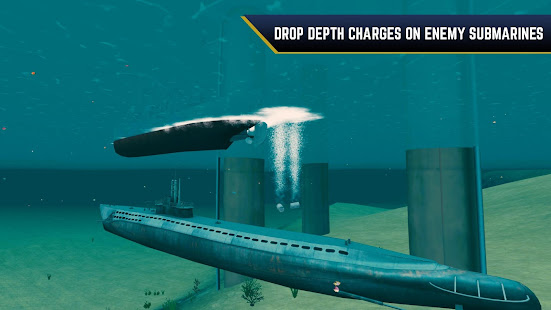 Line up your submarine and launch a torpedo salvo. Send the warship to the bottom of the sea.

Enemy Waters is a cat and mouse game between submarines and ships. Command and maneuver your fleet against waves of warships belonging to the pirate John. Take seaports and oil wells by defeating enemy warships. Extend your influence and get the best submarine or warship to resist the ever-increasing machinations of the Little John pirate.

Ambush pirate John to destroy his convoys by setting the perfect trap. Expect nothing less from the dreaded pirate playing the role of a captain, then escort your own warship or submarine to safety.

Use sonar to identify and drop charges on submarines before they fire a torpedo burst on your warship.

As captain, you decide to initiate silent operation on your submarine and sneak past a pirate John's warship, or go to its port or starboard to drop a torpedo directly in its hull.

Quality simulation controls allow you to control the depth of your submarine.

Simulation commands also allow you to dive into deeper waters to escape the load of the enemy warship.

Deploy and fight warships and submarines from the Second World War, the Cold War and the present era.